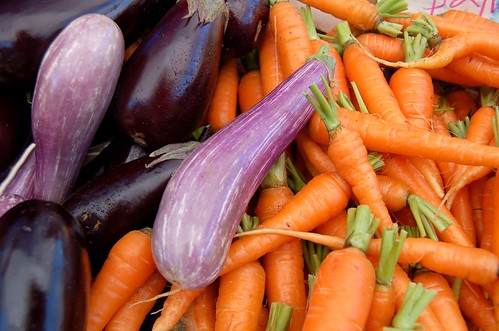 There really are nutritional benefits, as research to be published next year will show

Ben Goldacre says the Soil Association‘s criticism of the recent Food Standards Agency research on nutrients is “not about organic food” and that “the emotive commentary in favour of organic farming bundles together diverse and legitimate concerns about unchecked capitalism in our food supply” (Bad Science: Argument is about capitalism, not food, 1 August). In fact, our argument with the FSA research is about whether it gives a fair and accurate picture of organic food.

Goldacre claims that the Soil Association put forward three “bad arguments”. If he had talked to us, he would not have misunderstood our views. First, he said we were trying to change the argument by saying that “the important issue with organic food is not personal health benefits, but rather benefit to the environment”. More farmland wildlife, high animal welfare and lower pollution were not mentioned in our own initial response, but were put forward strongly by the government when the FSA launched its report, and we repeated it as the government’s view, with which we agree.

Second, we argued that absence of pesticides, no routine use of antibiotics on farm animals and far fewer additives allowed in organic food all deliver health benefits. Goldacre says that as these “cannot be measured” by the FSA research, mentioning them “is gamesmanship”. These are real benefits, confirmed by other research. But we also answered the FSA head-on, making clear that more recent science than the FSA’s has found more beneficial nutrients in organic food.

Third, Goldacre says we wrongly said the FSA “deliberately excluded evidence”. When the FSA announced its review two years ago, we asked it to wait so it could include the results of the largest-ever research programme into organic food, funded by the EU. It refused. Goldacre claimed of the EU papers published so far, “almost all are irrelevant”. The full results of the five years of EU research, presented at a conference in April, and including a positive review of nutritional differences, will be peer-reviewed and published next spring. Goldacre would have learnt this if he had talked to the scientists involved.

There are real questions about how the FSA framed its review, and a rational explanation for it reaching different conclusions from more recent reviews. For example, the FSA study was organised in ways which introduced significant variability into the data. It included “shopping basket” studies, known to give particularly variable results for nutritional content, because they do not control for differences in growing and harvesting conditions. So although it mostly found positive differences in the nutrients it looked at in organic food, it rejected most of them as too variable to be statistically significant.

That left a small number of positive differences in nutrients which the FSA could not dismiss as statistically insignificant. The researchers simply decided, in their opinion, that the significant results were not “important”, and “no important differences” was the result they announced. That really is bad science.

Peter Melchett is policy director of the Soil Association pmelchett@soilassociation.org

This piece originally appeared in The Guardian.

(Posted by WorldChanging Team in Food and Farming at 11:55 AM)